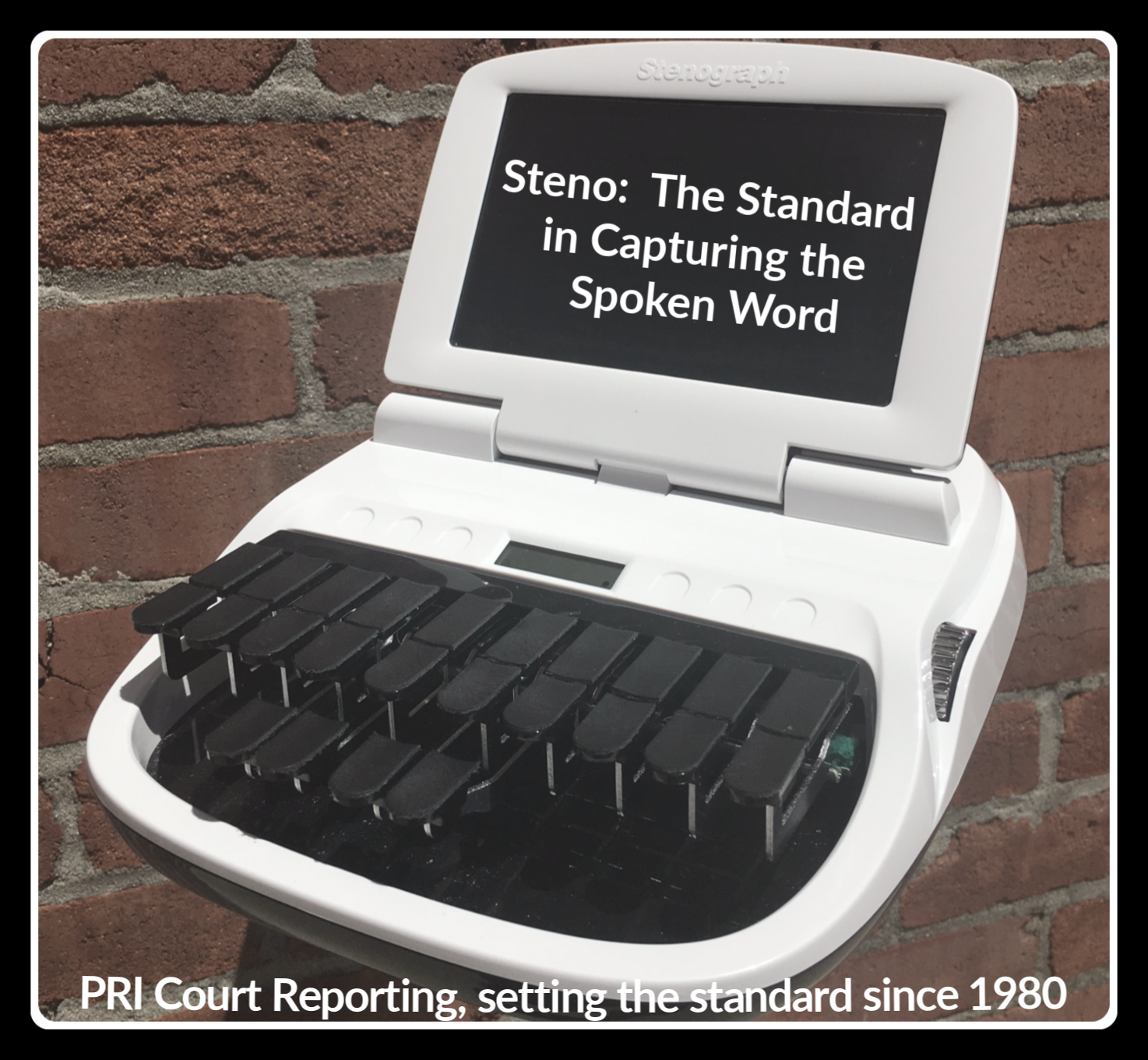 Can we have a word?

You may be receiving marketing materi 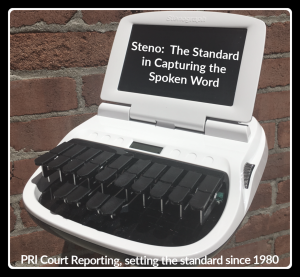 als and sales pitches from national court reporting firms about alternative ways to preserve testimony at your depositions, namely “digital reporting.”  They are suggesting you change the language of your deposition notices to “broadly reflect variable methods  of capture.”  Perhaps you haven’t heard a thing about this yet.  Either way, it’s important that you are fully aware of some of the complications of this emerging practice.

While we are not seeing these challenges in the Ohio area yet, there are cities across the country where attorneys that are required by their client to use these large firms (an issue for another day!) are facing the challenge of getting their depositions covered with stenographic reporters, thereby having to reschedule or cancel them.   There are several reasons some of these national firms have trouble finding court reporters to cover these jobs, including low rates to the court reporter due to contracting with insurance companies and corporations.

As a local, court reporter-owned firm with over 30 years of experience, we want to make sure you have enough information to understand the complexities of this situation if you’re ever faced with it, either in Ohio or when traveling to other cities for depositions.

In the states that have court reporting certification and professional standards, such as California and Texas, having a digital “reporter” present at a deposition could jeopardize your record, your case, and your relationship with your client.  In California, stenographic reporters are licensed by a board in the same state department that regulates CPAs, physicians, and other professionals1.  They are subject to discipline by that board for their conduct.   Machine operators or digital recorders are not trained, certified, or regulated in any way by the state.

According to the Deposition Reporters Association of California, when you agree to utilize a digital reporter for your deposition in California, you run the risk of the following:

Here are just a few advantages of having a stenographic reporter over a digital reporter, regardless of where your deposition is held:

The bottom line here is that there are still many qualified, certified stenographic court reporters available for depositions across the country.  Don’t let the national firms scare you into changing your deposition notice language to include “digital audio equipment or any other alternative means of capture.”

2There are many, many examples of malfunctions. Here is an excerpt from a 2012 case in New York involving a prisoner: “[t]he petitioner’s transcriber documented numerous and lengthy gaps in the hearing tape, which rendered much of the transcript unintelligible. Based upon the foregoing, the Court found that the condition of the transcript was such that it, indeed, precluded meaningful review of the disciplinary determination.”

3CCP section 2025.340(m): “ … If no stenographic record of the deposition testimony has previously been made, the party offering an audio or video recording of that testimony under Section 2025.620 [impeachment] shall accompany that offer with a stenographic transcript prepared from that recording. (Emphasis added.) “Audio or video recordings made by the parties or by the deposition reporter … are not considered recordings of the proceedings. Only the stenographic transcript qualifies” ]Weil & Brown, Cal. Prac. Guide Civ. Pro. Before Trial Ch. 8E-14, The Rutter Group,(June 2018), Chapter 8. Discovery, Chapter 8E. Depositions, 14. [8:766], “If the testimony is recorded stenographically, it must be recorded by a certified shorthand reporter.” Serrano v. Stefan Merli Plastering Co. (2008) 162 Cal.App.4th 1014, 1033