My Experience with Jury Duty – by Rhonda Lawrence 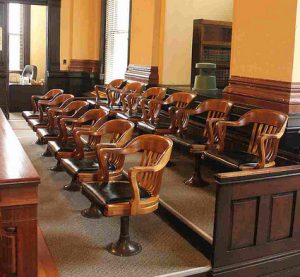 I have been called to jury duty twice, and both times I was released immediately for the mere fact that I am a court reporter, being told I know too much about the legal process and know too many attorneys.  So you can imagine my excitement when I was asked to be a CART (Communication Access Realtime Translation) provider for a hearing-impaired juror.  Not only was it my first opportunity to sit with a jury, but it was also my first murder trial.  Working as a freelance reporter, generally all of my work is civil in nature.

The case was closed and the time came for deliberations, which is what I was most excited about.  Having not been the CART provider for this particular voir dire selection, I did not know the background of any of the jurors.  I found myself intrigued by all of the different perspectives everyone had, wondering what their background is for them to hold the opinions they did, questioning in my mind why they thought certain things were or weren’t important to the case, and speculating on evidence that was not presented.  It was interesting that everyone heard such different testimony from the same witness.  It was very difficult for me, when they would argue over what was or wasn’t said, to not be able to just pull it up on the screen and show them, as I would do in a deposition setting.

As a freelance reporter, I usually only get to hear one side of the story and I never know the outcome of a case.  So you can imagine my frustration when the outcome ended up being a hung jury! 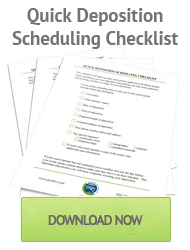 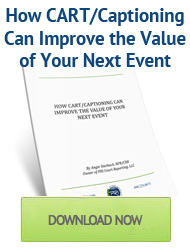